Paleolithic people living near the Mediterranean Sea were surrounded by one of the healthiest and most nutritious foods known to humans.

This fruit grew in abundance; dragging boughs low from gnarled squat trees. But despite such plenitude, the marble-sized drupes were completely useless for early humans. I use the term “fruit” purely from a botanical standpoint, as they were anything but sweet or fruity. In fact, the flavour was so intensely bitter that it was unpalatable for humans. A small nibble would cause one to pucker and spit profusely.

And so, unlike other edible plants, the olive was undisturbed by humans until sometime early in the Neolithic era. In the region of what is now Syria, Lebanon and Israel, a process was discovered to neutralize the foul flavour and render the olive edible. This was the first step in taming a wild food that would go on to leave a bold mark on history.

The story of the olive is multi-faceted. It is not just a food, but also provided the only oil in abundance for early humans. The great civilizations — Egyptians, Phoenicians, Greeks and Romans — were fuelled by the energy from the olive tree. It was used to power lamps, lubricate machinery, tan hides, make soap and for spiritual and medicinal purposes along with countless other applications. Both the fruit and its oil were used to nourish great armies: the perfect transportable and high-energy food.

While the olive was a crucial component in the rise of the ancient Western World, modern science has begun to reveal the true secrets of this plant. The health benefits of the olive are tremendous, and it has been proven to help combat heart disease, cancer, osteoporosis, Parkinson’s disease, autoimmune disorders and other serious ailments.

Ironically, despite being so good for you, corruption within the industry led to one of the largest mass poisonings in modern times. During the early ‘80s, counterfeit olive oil circulated in Spain — a concoction of low-grade oils, industrial lubricants and chemical additives — killing over 1,000 people and sickening 20,000.

My wife, Julie, and I were inspired to learn more about the olive after completing our expedition, Rowed Trip, a 7,000-km rowing voyage connecting our ancestral homelands of Scotland and Syria. After seven months of rowing and cycling through the inland waterways of Europe and East Asia we arrived in Aleppo, Syria — hot, tired and ready for some R&R. Julie’s relatives took us to the family olive farm near the Turkish border and we were immediately struck by the serenity and sense of permanence associated with family olive groves.

These olive trees are not just considered a commodity, but embody a sense of spirituality and family tradition. The trees are part of the family, outliving their human kin and providing a connection from one generation to the next; offering shade and sustenance for hundreds or even thousands of years. And unlike the sense of eternalness that comes with an old family home, the trees project a vitality that stone lacks. They need to be irrigated, fertilized and pruned. Without constant nurturing they will fade, reverting into shrubby bushes that produce few olives or shriveling from drought. In this part of the world, humankind and olive trees have a symbiotic relationship that has been fostered for millennia and the prosperity of one is dependent on the other.

Julie’s cousin, Farhad, proudly told us that their family’s olive oil is of such high quality that it won a gold medal at a World Olive Oil Exposition in Paris in the 1920s. He went on to explain the rich history of the olive tree and how it was first domesticated in Syria, quite possibly right where we were standing. The first written reference of the olive was found on a 4,300-year-old clay tablet unearthed just a few miles away in an archeological dig. We were at ground zero of a remarkable agricultural development.

Upon returning home, Julie and I researched the story of the olive and realized there were still many unanswered questions. One of the most intriguing mysteries was how the domestic olive tree spread from its origins in the Middle East to the rest of the Mediterranean, along the shores of Greece and all the way to Portugal. A prevalent theory is that the Phoenicians, the earliest seafaring merchants, carried olive seeds or saplings in their ships for trade.

Julie’s background in molecular biology prompted us to wonder whether advances in genetics might make answering this question possible. We could search out ancient olive trees bordering the Mediterranean Sea, which can thrive for thousands of years, and analyze their DNA. This was the initial concept for an expedition that expanded into what we dubbed “Olive Odyssey.”

Two years later, Julie and I hoisted the sails of a 27-foot boat we bought in Spain and began inching eastwards, retracing historic maritime routes and searching for all things olive. Our journey was true to its original conception but it had also changed in some fundamental ways. We had partnered with National Geographic and an Italian University that would conduct the DNA analysis to shed light on the origins of the domestic olive tree, but we had also expanded our goal. We wanted to learn about other aspects of the olive — from the numerous health claims to the struggles that modern olive farmers are facing. What is the difference between good and bad oil? Why is life expectancy so high in areas where a lot of olive oil is consumed? In the months that followed we would interview olive oil tasters, farmers, company executives, historians, archeologists and researchers, discovering the answers to these questions and more. But perhaps the most profound change to our original plan was that we had become parents, and our son, not yet a year old and unable to walk, would sail those Mediterranean waters with us.

When our journey ended in Israel and Palestine, we had uncovered key insights on the role Phoenicians played in the spread of the domesticated olive tree throughout the Mediterranean and had an in-depth understanding of how the olive tree sculpted the ancient world and continues to exert its influence today. We also discovered that at 10 months of age, our son already loved olives and was a pretty good olive oil taster. 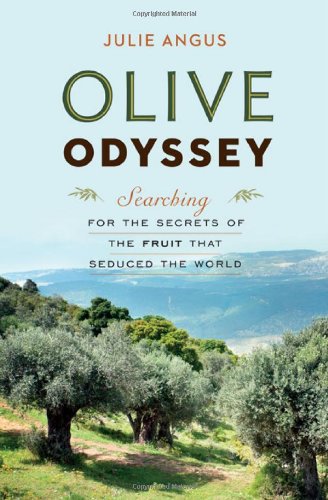